Eight times more appealing to families; Visitors staying up to three times longer; Attracting almost twice the foot traffic. It sounds like some kind of ‘magic-marketing-formula’, but these were in fact the preliminary figures revealed from simply adding smart-green-space to a CBD shopping precinct in Canberra recently. What was a ‘fringe-event’ or ‘public-activation’; a pop-up-park project that was held on the back of the International Festival of Landscape Architecture in late October this year, has potentially become a turning point for future city planning design and green open space areas, according to the initiator of the project. The #BackyardExperiment project as it was known, was developed by June Boxsell of Street Furniture Australia (SFA) in conjunction with the Australian Institute of Landscape Architecture (AILA) and Context Architects of Sydney and was strongly supported in its construction by Lawn Solutions Australia, Turf Australia and Horticultural Research Council organisation Hort Innovations Australia.

The project was centred on a hard-landscaping area in the middle of Canberra’s CBD and was aimed at finding out – with the help of video and time-lapse-photography – just how the addition of softer-green-space and landscaping-elements of quality lawn and street furniture would make to public visitation and use of the area. Ms Boxsell is currently in the process of preparing a technical report and compiling video footage of the two-week experiment, but says her preliminary findings were “far beyond expectations”. “It’s quite amazing really,” Boxsell says after her preliminary work on the camera-footage. “We expected there was going to be some lift in visitation and then maybe people staying to linger in the area a little longer, but the numbers we are seeing are off-the-scale and reflective of the anecdotal evidence we gathered from the shopkeepers around the site.” “Before; during; and then after the construction of the park area; we were regularly talking to the many small business proprietors, the café and coffee shop owners in the area.

They all loved the turf, the furniture and the appeal of the space, most of them wanted it to remain as a permanent fixture,” she said. The ACT Government carried out their own surveys during the period and the higher-usage of the area they also observed during the experiment is being corroborated by the numbers gleaned from the video footage. “So far, we’ve seen 190 percent increase in foot traffic, 247 percent increase in what we are calling ‘passers and dwellers’ or those that linger a while, and in the vicinity of an 800 percent increase in demographic diversity . . . the families that were enjoying the lush-lawn and street-furniture that featured so prominently in the park.” “We’re looking to have the technical paper together before the end of the year as well as a video overview of the project and already we’ve seen the media and some government agencies keen to get hold of the information,” Boxsell said. The directors of the Smart Cities Summit, the ACT Government, and a number of other design organisations including the Institute of Landscape Architects, are all excited about the potential outcomes of such a simple green-space experiment. “It’s early days yet and once we get this information into the right hands it will be tremendous for turf and our furniture elements in urban design.” “I can’t thank Lawn Solutions Australia, Turf Australia and Hort Innovations for being involved and hopefully we can work together again on something similar in the not-too-distant future to highlight the importance of green-space in our built-environment,” Boxsell went on to say. Money doesn’t grow on trees, it grows on lawns! The Benefits of Choosing Turf For Your Garden

Grub Guard kills aphids, bugs, caterpillars and many other pests … and it’s the only product on the market that kills lawn grub larva. That means you can use it post attack from a host of pests and prior to an attack from grubs. 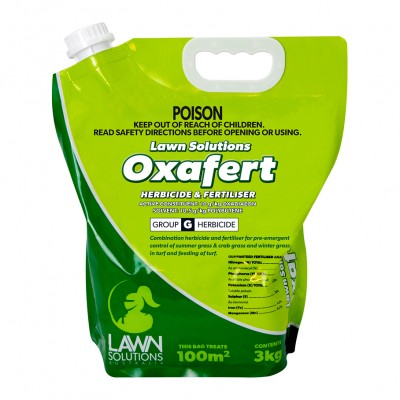