The 2020 Tokyo Olympic Games have finally come and gone, completed in 2021 for reasons well known but also to confuse future trivia buffs. We enjoyed seeing the Aussie success in the pool, out in the ocean and on the hard surfaces, but what we really enjoyed as turf enthusiasts, was the sports played on natural turf.

Hundreds of hours of wear experienced over a short two-week period really put the turf to the test. The sports ground curators responsible for getting these fields ready for competition and maintaining their quality throughout the games, really are magicians.

The turf used for the playing surface at the stadium is TifGrand Bermudagrass (Couch), developed by Tifton University in South Georgia USA. The same turf development program grasses such as TifTuf and TifWay were released from. Japan National Stadium was built on the site of the formerly demolished old National Stadium in preparation for the games. The grass used at the old stadium was another Tifton bred grass called TifSport.

TifGrand can handle the humid conditions of Tokyo and the high traffic experienced at the games. It has increased shade tolerance which was also important with the stadium’s high walls and roofing. TifGrand also has a great dark green colour which is ideal for televised sport. The stadiums roof collects rainwater that is stored in underground cisterns, which is used to irrigate the arena turf as well as the numerous plants on the top storey promenade.

The Sapporo Dome is an incredibly multi-functional venue for sport. The dome throughout most of the year hosts baseball and soccer, through a retractable playing surface. Baseball is played on an artificial turf field, while football is played on a real grass/turf surface that can slide in on top when required. Sapporo Dome hosted soccer events during the games.

The ‘hovering’ natural turf surface is 120m in length, 85m wide and 1.38m deep. Because the Sapporo Dome has a permanent roof, the playing field needs to be out in the open to receive sunlight. The surface is then moved into the dome shortly before being required for matches.

A surface of such size is incredibly heavy (8,300 tonnes) and has taken some clever ingenuity for it to be moved in and out. Air is blown underneath the surface lifting it up and effectively reducing its weight by 90%. 24 sensor-guided wheels then roll underneath allowing the surface to be put in place over a four-to-five-hour process.

Home of the Yokohama DeNA BayStars baseball team, Yokohama Stadium is one of the only baseball stadiums in Japan to have a natural turf outfield. This wasn’t always the case though, with the previously artificial surface being replaced with real turf in 2016. This change was part of several improvements designed to convince hometown fans that the stadium would be more enjoyable. With the major league-style grass being mowed to create a more attractive MLB-style checkerboard pattern.

Miyagi Stadium is in Rifu and has hosted many international sporting events over the years including the 2002 FIFA World Cup matches. The stadium was used for track and field competitions and soccer matches at the Olympics.

The turf is grown especially for the stadium by East Japan Reconstruction Lawn Growing Enterprises run by Seiichi Otsubo. The grass used is a composite of three different varietals of Kentucky Blue Grass due to the stadium being nearly 5 hours north of Tokyo experiencing a milder climate. Two of the varietals are known as ‘Granite KBG’ and ‘Sudden Impact.’ This combination provides a durable surface and dense coverage, which Otsubo believes to be fitting of his recovery or reconstruction turf, given it is being used at an Olympics being dubbed the ‘Recovery Olympics.’

The home of golf at this year’s Olympics, Kasumigaseki Country Club first opened in 1929.

The club features both an East and West Course, with the East Course being used for both the men’s and women’s Olympic events. The East course underwent a full renovation in 2016 in preparation for the games. The course previously featured 2 greens per hole, one with warm season grass and the other cool season to manage the extreme seasonal conditions experienced. For the games, each hole was transitioned to a traditional layout with just one green per hole, enabling them to extend the course length by 500 yards. 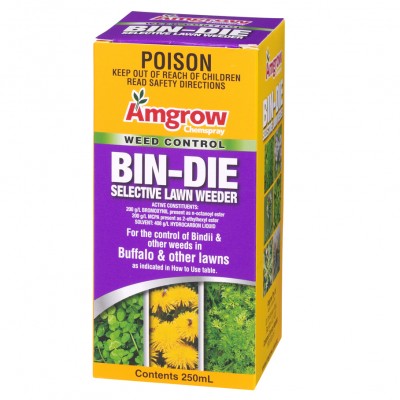 Amgrow Bin-Die for the control of Bindii & other weeds in buffalo and other lawns.
Learn more 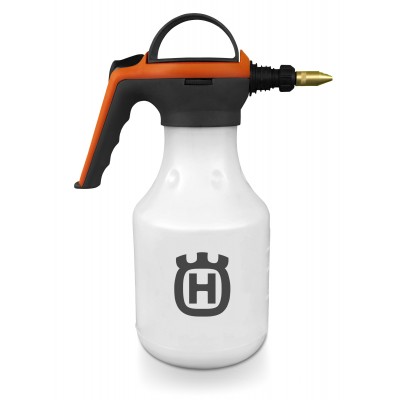