Sir Grange (Zeon Zoysia) is a very low maintenance grass when it is established and requires half the mowing of traditional warm season grasses, it can even be left unmown. But what makes it so incredibly versatile is its ability to be maintained at a broad range of heights.

Sir Grange was originally bred for the golf market where it is commonly maintained between 5mm and 50mm and holds a beautiful appearance at all levels. Even when left unmown.

In this particular photo below, the longer grass is Sir Grange that has never been mown after being installed approximately 12 months ago. It provides tremendous contrast to the short grass next to it, also Sir Grange, that has been cut at what you would consider a normal backyard height. The unmown look is perfect for difficult to maintain areas, such as raised areas which require the carrying of equipment up steps, and very steep slopes around the landscape.

Even after several years unmown, Sir Grange will not get higher than about 30cm, and will not grow an ugly seed head or get out of control at different lengths. What you will get is a beautiful native looking grass that has high shade and drought tolerance and won’t be invaded by weeds. All of this on an area you won’t have to mow!

Another fantastic option is mowing Sir Grange at a normal height for your yard, and then leaving it unmown around the edges or around trees, creating a fantastic natural border.

Unmown Sir Grange is great for the environment as it saves on emissions with less mowing, requires far less fertiliser and you won’t have to water it near as much. All of this combined with an aesthetically pleasing surface.

This grass is so drought tolerant they approved it!

TifTuf Hybrid Bermuda is known as couch here in Australia but is unlike any couch you have seen before. Fantastic colour retention and Spring green up makes TifTuf the ideal turf variety to suit Australian conditions.

A key characteristic particularly important for this time of year is winter colour. Whilst TifTuf is a warm-season variety and will go into a certain level of dormancy throughout the winter months, it has shown that it holds substantially more colour as the temperatures cool than other couch varieties. It also greens up much faster than other varieties coming into spring. Combine this with its superior drought resistance and durability, and you truly have the ideal lawn for Australian conditions.

This is a picture of TifTuf at a Turf Farm in South Australia after experiencing 7 frosts. TifTuf Hybrid Bermuda has been formally recognised with the Smart Approved WaterMark for the following states and territories in Australia – QLD, NSW, VIC, TAS and SA (WA & NT excluded).

The Sports Turf Research Institute (STRI) recently conducted a trial evaluating the “Performance of bermuda grass cultivars under different shade, irrigation and wear treatments”. TifTuf Hybrid Bermuda was a clear stand out performer in this trial.

Give Your Lawn a Top Up! | Summer Fertilising 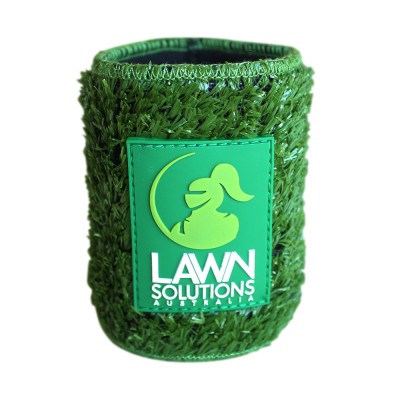